A fantastic one-day event for oboists and bassoonists – a chance to play Leonard Bernstein’s fabulous music from ‘West Side Story’ in the beautiful Royal Exchange Theatre building in Manchester, on SUNDAY 17th JUNE, 11.30am-5pm. Details and on-line booking at bdrs.org.uk Players from LONDON and BIRMINGHAM can travel by train to this event – the event schedule fits with the train timetables! Players from elsewhere can easily drive and park near to the theatre. As well as Bernstein, two other anniversary composers are featured on that day – George Gershwin, and the French composer Charles Gounod with a well-known piece that became legendary as the theme tune to the ‘Alfred Hitchcock Presents’ television series. The ensemble in Manchester will be rehearsed and directed by Laurence Perkins, and will end with an informal performance in the magnificent public area of the Royal Exchange Theatre building. 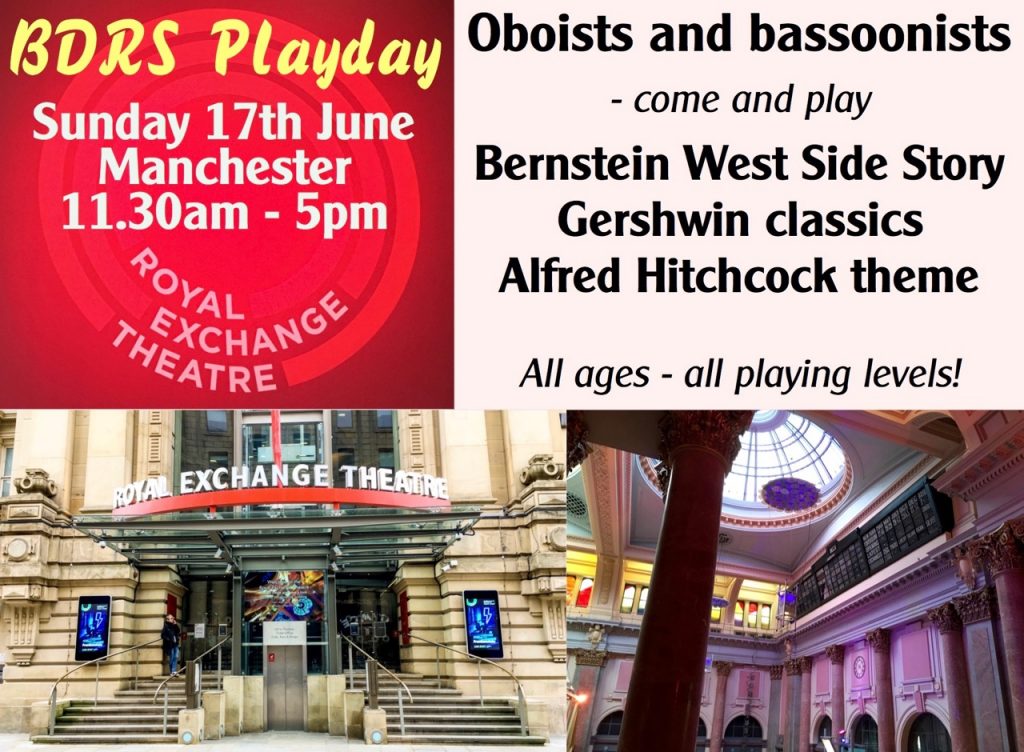 Two events in one, led by two of Britain’s leading players